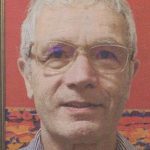 Upper Kiewa Valley Community  Association congratulate Dr. Mark Zagorski for being recognised in this year’s Queen’s Birthday honours for receiving an Order of Australia Medal for his services to the Mt. Beauty and Upper Kiewa Valley community as a General Practitioner.

Dr Zagorski is a gen­eral practitioner at Mount Beauty Medical Centre and the Trauma Centre at Falls Creek Medical Centre, as well as a visiting medical officer at Alpine Health and a current member of the medical consultative committee.

Dr Zagorski was awarded the Rural Doctor of the Year Award by Rural Doctors Association of Australia in 2008 and received a long service award from Rural Workforce Agency Victoria in 2017.

Dr Zagorski said the nomination came as a surprise.

“I didn’t expect anything like this. I don’t consider myself any more special that anybody else who does a full-time job in the community,” he said.

Beyond getting three new letters to put at the end of his name, Dr Zagorski said the award simply meant I,000 Facebook messages from well-wishers.

”There will be a medal presentation ceremony later in September or October, and maybe a nod from the Victorian Governor General but I’m not sure what else,” he said.

This entry was posted in General Information. Bookmark the permalink.