The Alpine Shire Citizen of the Year Award Rock and Plaque was unveiled at the Australia Day Awards ceremony on Australia Day 26th January 2013 at the Swimming Pool gardens. 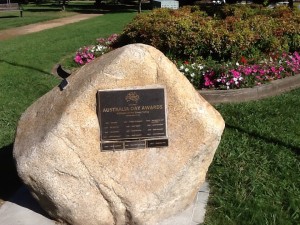 The plaque shows the Achiever of the Kiewa Valley since the initiation of the Award in 2001.  In 2015 the Award was given to Barbara Pyle, pictured below….. 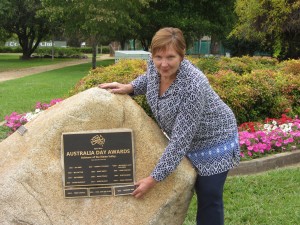 Barbara was also named the Alpine Shire Citizen of the Year for 2015.

This entry was posted in Project Updates. Bookmark the permalink.